At the end of April, Frontier Communications submitted a challenge that would jeopardize Race Communications’ efforts in Phelan, CA. Their challenge was rejected by the CPUC, however this did not stop Frontier from trying to submit further comments. This morning, Race submitted its response and hopes that the CPUC will see the error in Frontier’s ways. Steve Blum from Tellus Venture wrote about this in his blog earlier this week.

To our customers and supporters, we hope you will read through our response and know that we are fighting for all unserved and underserved areas and that we believe everyone has the right to have access to adequate broadband.

Race has thoroughly reviewed the comments by Frontier, and we ask that the Frontier comments be disregarded and unheeded based on the fact that Frontier did not adhere to the specific guidelines as set forth in Decision D.12-02-015 section 3.12 — Evaluation of Challenges[1]. During the policy discussion, Frontier participated in and made recommendations to support the challenge process regarding Parties’ comments (3.12.1). The rules are not unknown or ambiguous.

“Any party that challenges a CBG as being served or (for applications for unserved areas) underserved will have to provide documentation that the CBG is in fact already served (e.g., a copy of a customer bill).”[2]

At this time, Frontier has provided no documentation that the CBGs in question are served; but rather submitted a late challenge response[3] to the CPUC on April 19, 2017 stating that it intends to build to a portion of the homes in the project area.  The CPUC staff responded to this letter declining the challenge based on the strict guidelines of the challenge process, citing lack of timeliness on Frontier’s part, and based on the fact that information provided by Frontier shows the company only intends to serve half of the households in the project area, “the vast majority of which Frontier did not indicate as capable of achieving CASF-minimum speeds.” [4]

Irrespective of the procedural inconsistencies — for which Frontier’s challenges alone should be rejected — it is clear that Frontier’s attempts to interfere in Draft Resolution T-17525 are anti-competitive, monopolistic, unreasonable, and will result in further delay of fulfilling the CASF’s mission to promote deployment of high-quality advanced communications services to unserved and underserved high priority areas.

Race has been a CASF grant recipient since 2010 and our work has resulted in the deployment of state-of-the-art communications infrastructure to thousands of Californians.  It is our experience that CASF and CAF (Connect America Fund) have always co-existed. Based on available information, we have found that although CAF funding has been awarded to a region, it does not guarantee completion as presented in Resolution T-17522[5].

Should Race’s resolution be rejected on this basis, it would go against previous precedent and discourage CLECs and wireless carriers from applying for CASF funding. The end result will inevitably lead to less competition, less innovation, and ultimately penalize California residents. The objectives set forth in California Public Utility Code Section 709[8] are clear.

In resolution T-17322[9] where DRA challenged Frontier, Frontier responded that “in the spirit of fairness, due process, and rapid deployment of broadband to unserved and underserved Californians, the grant be approved via existing rules.” The CPUC acknowledged and agreed.

Race now asks the same, and we respectfully request that the CPUC disregard Frontier’s comments. They neither meet the strict guidelines of D.12-02-015, nor are they consistent with the objectives of the CPUC. Doing anything but dismissing Frontier’s comments would set a dangerous precedent for Californians needing broadband in the unserved and underserved areas for which CASF was designed. 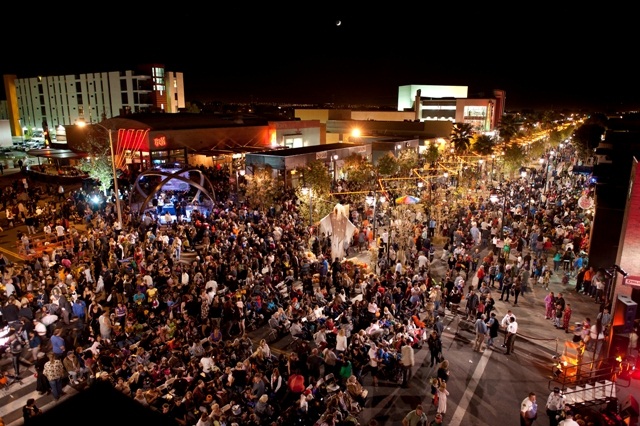 Moving to Lancaster, CA? Everything You Need is in This All-Inclusive Guide

Are you moving to Lancaster, CA? Then this blog is just what you need to make your move a success. Lancaster, CA is one of the best places to live in the US. It’s located just north of Los Angeles, nestled in the western Mojave desert’s Antelope Valley.  The growing city recently claimed a spot […]

8 Elements that Make the Best Internet for Gaming

Whether you play racing games, first-shooter, MOBAs (Multiplayer Online Battle Arena), or other games- having the best internet for gaming is a must. You can have the best graphics card or hardware on the market, but without the internet, it’s impossible to play online games well, let alone live stream your gameplay.   Gamers who don’t […]